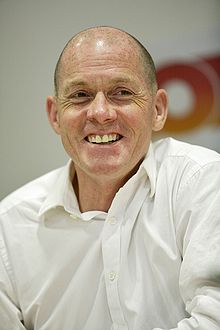 Neil McCartney is a journalist, consultant, producer and entrepreneur.

He is co-founder of a number of initiatives including the British Independent Film Awards.

He is Chair of the Independent Film Trust, a UK charity set up to advance the cause of independent film making, and of the Cambridge Film & Media Academy, an alumnus group of people working in film, television and new media.

He is a Fellow of the Royal Society of Arts.