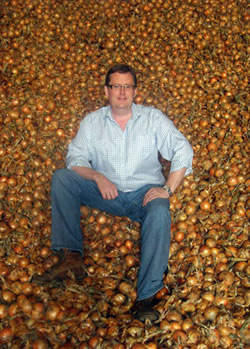 Tim, unlike the other three has nothing to do with the film industry except, like most of us, he enjoys watching them and has been one of our most loyal and long standing supporters.

He also brings with him a quality most of us understand “I know what I like”.

We noticed, over the years, that when it came to the audience vote Tim’s choice has often been at odds with the populist view, a position us on the committee tend to admire.

After all, we only choose potential winners for the festival, so all are equally worthy. To cut a long story short, we suggested that Tim should give his own award.

Not only did he agree but has taken the idea much further and has used his company to create The Nationwide Produce Award with a cash prize of one hundred pounds going to the film of his choice and a further hundred to Strawberry Shorts.

Cash strapped as any unfunded voluntary organisation is, it’s a gesture we are hugely grateful for.