previous programme | back to the big weekend 2012

No three hour Hollywood blockbusters here, but sometimes a five minute, no budget short can stay with you far longer than the latest 3D extravaganza.

Small, polished gems, made with love rather than millions, and again, with the hope that they may inspire, many in this programme locally made. Enjoy!

Both competitors and fans of facial hair flocked from all over the globe to take part in the prestigious World Beard and Moustache Championships 2007, held in Brighton, UK.

We follow Keith from Seattle as he sizes up his competition in the freestyle moustache category.

Meet Tiddles, an extraordinary cat who likes to milk it.

A short biopic of a women reminiscing over her longing to be a hippie in her youth, and revealing how the breakdown of her marriage led her back uncannily close to where she left off nearly four decades earlier.

How do films get their unique sense of melancholy nostalgia?

Seventy-seven-year-old Sid takes us on a tour of his clock collection and talks about a moment in his life when time stood still.

Young Stephan is thinking about kissing a girl he desperately fancies but will he get up the courage? 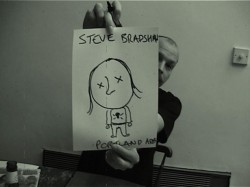 A ten step guide to putting on a gig in cambridge, featuring Steve Bradshaw and Adrian Killens. 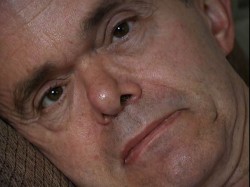 Addresses issues of loneliness and isolation for special needs adults.

An arrogant cyclist dings her bell . . .

Computer Love is a modern interpretation of the balcony scene from “Romeo and Juliet” played out in an online chatroom – shot entirely on webcam.

Exaggerated teenage feelings are expressed in urban movements as the two would be lovers perform to the words of Shakespeare – in direct contrast to the limitations of the clipped and abbreviated language of instant messaging.