A selection of the very latest and best and strange from all over the world.

A young woman wakes up hungover and bleary eyed and tries to piece together a night she will come to regret. 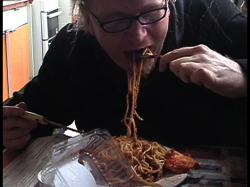 One man and his dinner.

The Hands of Time

Iain gets a surprise phone call from his ex-girlfriend Missy.

When Lauren and Amy hear there is a man who ‘likes children’ living in the area, they decide to track him down to show him their handstands.

Mr Silverface is going to kill you, and there is precious little you can do about it.

A very bad man has an identity crisis of deadly proportions.

Footsteps hit the pavement; rhythmically, relentlessly. Rose and Lily are running. They can’t stop and can’t afford to fall behind.

Victor and Simon are computer programmers sent by their company to fix office systems around the country.

Tensions rise as they struggle to find a solution to a system’s failure. 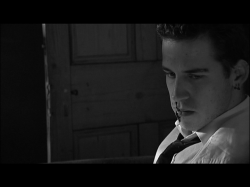 A lonely man with a dark past and the horror beneath his feet. 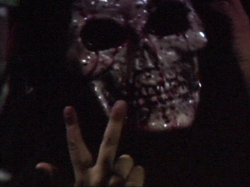 Surrender the Town is an experimental film that examines the aspects of folklore, hidden identity and group exhibition inherent in annual Halloween celebrations.

Lucy, Noirville’s only inhabitant, takes a mysterious journey into the night in a hope to cure her loneliness in this darkly surreal tale. 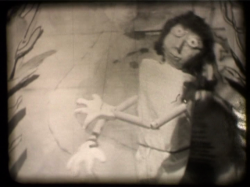 Based on the Mary Bell murders of the 1960s it shows what happens when the games children play go too far.

After the death of her mother from cancer, can 11yr old Pollyanna connect with her emotionally distant father Bryn or will she spiral into a dark fantasy World.