The Darker Days of Me and Him

When Ben tells Rachel he is leaving her for another women, she has to stop him from going. Whilst imprisoned, Ben plots his escape as Rachel?s rage deepens and she contemplates a way for Ben and her to be together forever.

Back to the Fuchsia

In their garden of love he’s sows of doubt, laced with jealousy. But she has ripe manure to feed his trust and, hopefully, help their relationship flower.

Elvis is in the Van

If there’s anything Seamus loves more than his boys, it’s his freedom. A film taking us on an entertaining rollercoaster weekend with the Canning family. The dad is shameless, shocking and inspiring; the three young boys are feral, adult and gorgeous &#8208 and they all want to be free. Filmed in part by the participants themselves, this is a heartwarming and occasionally disturbing story about a dad who lives apart from his sons.

After a plane crash, an airline discovers it has lost all passenger information. Suspecting family members, are therefore urged to come forward and identify the dead victims. Will a middle aged Indian couple face the worst news of their lives. 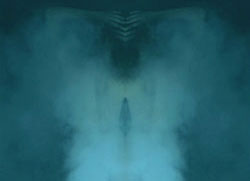 Purification is a video art based on Ajrasattva: The Buddha of Purification. A meditation that releases all negative energies from eons of time and purifies body, mind, speech and Soul.

Jojo’s girlfriend has dumped him. His depression deepens as he downs the whisky. How will he react to her demands to give up the third person in their relationship? Does he truly understand what is being asked of him?

Set against the backdrop of a nameless Eurasian city The Praying Machine explores the relationship between three seemingly unrelated characters. 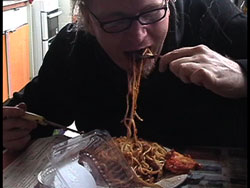 One man and his dinner, but who is the hungriest?

The Return of Ellen Love 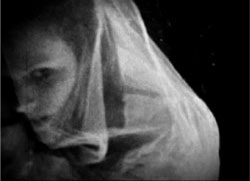 Ellen Love returns to the grave of her beloved in a moonlit, Gothic dream. A dark and romantic music video to the song ‘Black Eyes’ by Jennifer Harris.

Ernest Samson is trapped by a rare condition that causes him to speak in a foreign accent. Alienated by his fellow elderly residents, he finds the familiar landscape of home has been altered and his precious memories corrupted.

His saviour comes in the unlikely form of Amir, a young Muslim care worker who reveals an unexpected affinity with Ernest?s situation and offers him a key to the peace he so desires.