An Alison in Wonderland tale that starts with a girl waking up in some woods.

Both Hannah and Johnny are unlucky in love due to their prescriptive natures, and are searching for someone to sweep them off their feet. When they are unexpected thrust together, they become inhabitants in a relationship microcosm, and will be forever changed as a result. 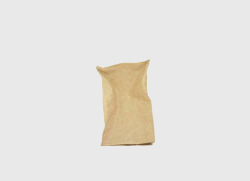 A highly animated box made from a brown paper bag.

Mine: story of a sacred mountain

British actress Joanna Lumley has narrated a new film for the tribal rights charity Survival International. ‘Mine: story of a sacred mountain’ reveals the hidden story of the remote Dongria Kondh tribe in India and their battle to stop a vast bauxite mine destroying their land and way of life.

Canute is an entertaining and informative film shot on location around Southwold by a group of 13-19 year olds. It is based on the issues of climate change and coastal erosion as seen through the eyes of young people.