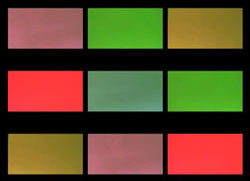 A funky mosaic of colours and fresh moves… 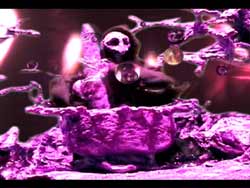 An exploration of magical worlds with in worlds. 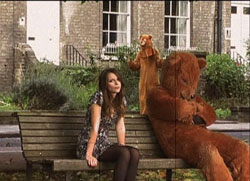 A girl walks though Cambridge with two lovely bears close at hand.

Stay In My Memory

Dreamy 2D mixed media animation about love and loss. A girl journeys through a magical pop up book searching for her lost love/memories of her lost love.

There is a mystery at the heart of the house. Something waits.

One Indian summer, a wide-eyed film crew and circus artists, sat in a misty West Country field to record the hum of distant roads, hooting owls, wind in grasses.

Trespassing lands, we captured silhouetted pylons and motorway concrete shimmering in half-light, to experience that special feeling of being somewhere that maybe we shouldn’t be. A narrative unfolded, about man/boy Marvin, dreaming of something more. Then came a metamorphosis, a story of standing still, growing wings, becoming alive to the moment.

Its such a beautiful day in Cambridge that the band has to go for a walk filled with tree climbing and hat swapping.

Another micro short about Ska tribute outfit badness-AKA. Both “Cover King” and “The Bridge” are films cut from a bigger film project about the entertaiment and cabaret circuit. Badness have traveled five time around the circumference of the World. In a distinctive bus that doubles as their local pub… 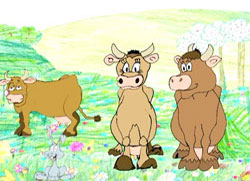 An animated short made to the voices of some senior people and their experiences during Spring when they were young.